Earlier this week New Balance announced it was launching a limited edition “Six Times” black collection to celebrate lauded English football club Liverpool. Comprised of both apparel and accessories, each item in the collection celebrates Liverpool’s illustrious history and its six European cups in particular. Now we have a better look at the footwear silhouette that has been specially designed for the capsule. 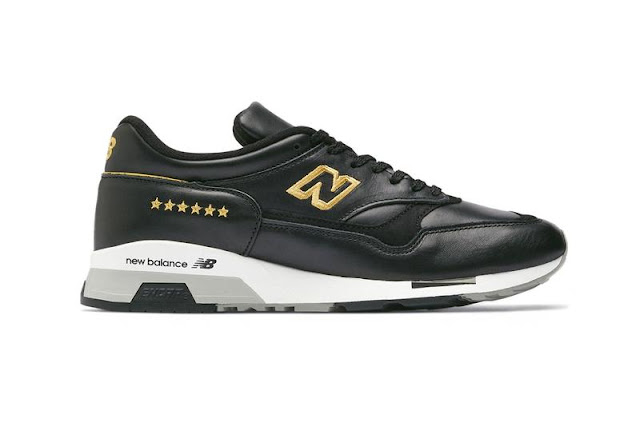 Utilizing New Balance’s Made in UK 1500, the sneaker has been crafted from luxe leather and dressed in contrasting hits of gold found on the slanted-N insignia, Liverpool’s liver bird crest on the tongue tab, and the six starry marks on the heel. Each one of those stars pays homage to Liverpool’s continental triumphs in 1977, 1978, 1981, 1984, 2005 and 2019. this all then sits atop a white midsole and black and grey patterned outsole. Interested readers can pre-order this pristine black and gold New Balance Made in UK 1500 Liverpool FC now via newbalance.com. The sneaker will then officially launch at select retailers on December 4 for $220 USD.
at November 29, 2019