Sometimes, we scare ourselves thinking about the future of work: Ong Ye Kung

Most occupations and jobs that exist today will still be around in the future, but in a "re-fashioned" form, said Education Minister Ong Ye Kung. "You will need to learn new tools, you may need to apply your skills slightly differently. You must be technologically savvy and open-minded. But the fundamental skill stays," said Mr Ong in an interview on Tuesday (Aug 27). He gave his take on the future of work at the end of the 45th WorldSkills Competition in Kazan, Russia. For example, the skills needed by a customer chatbot programmer or trainer - relatively new roles - are probably similar to those of a customer service officer trainer, he said. "It is still founded on those (customer service) skills, though you will also need to know how to operate the machine and the software," Mr Ong said. And when a chatbot cannot answer a customer's questions, one still needs to fall back on the human, he told The Straits Times. "We always talk about the future of jobs, jobs we never think of and things we cannot imagine yet... but sometimes we are scaring ourselves." The importance of fundamental skills, even as jobs change, means "many of the things we are doing in the education system and training actually are relevant" in preparing the young and old for the future, Mr Ong said. "But we ourselves now need to be adaptable and open to the different ways that the work is being done," he added. On how the higher education landscape should evolve to keep pace with the changing job landscape, Mr Ong highlighted four trends taking place in universities worldwide. The first, he said, is the blurring of lines between industry training - which is apprenticeship-based - and university training, which involves intellectual inquiry. Universities will have to work with industries to co-develop curriculum and co-deliver lessons, he added. The second theme is that education and learning in general, including for graduates, will have to be lifelong. 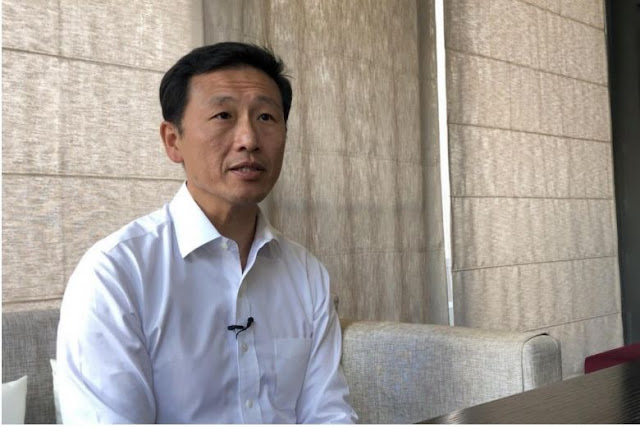 "That means you no longer frontload education so much, and backload working in the later part of your life... now it is more work and learn interspersing with each other all the way until you retire, and even post-retirement," he said. And these two themes lead to the third: That regardless of which route one starts out on - vocational or academic - learning will progressively have to be skills-based in nature. Said Mr Ong: "Essentially, we're moving into a world where knowledge increasingly may lose its premium, because it's so accessible, but instead it's how we do things and achieve an outcome, that has a premium." The last theme he highlighted was that education will become more interdisciplinary. Citing the Singapore University of Technology and Design, which emphasises interdisciplinary learning, Mr Ong said: "Innovation is critical for the future, and innovation happens at the intersection of disciplines. "Look at the wonderful inventions we see day to day - they are often products of interdisciplinary creation. "To do that requires a lot of soft skills - how you bring different people together, synergise what they know, and draw on each other's strengths." Asked about best practices around the world that Singapore is drawing from, Mr Ong said the Government picks features from different countries and develops something of its own, instead of learning wholesale from one country. He listed Denmark, Switzerland and Australia as "systems that influenced us deeply". Denmark's "flexicurity" model allows employers flexibility to reconfigure the workforce, while providing a system of income security. Mr Ong said this model is one where "training is not just for training", but also has to lead to outcomes like job placements. Meanwhile, the Swiss have the ability to bring "prestige and acceptance and celebration" into vocational training. The SkillsFuture movement draws a lot of inspiration from them, he added. Singapore also developed the Workforce Skills Qualifications, or a common qualifications framework, through learning from Australia. As for the future of work in Singapore decades down the road, Mr Ong said it would "depend on our economic future". He noted how Singapore used to have a strong foreign direct investment (FDI) strategy to "leapfrog the region". "Today, our region is stable, peaceful and growing... So you don't want to leapfrog the region. You want to be part of the region and tap into the vibrant opportunities and dynamism of the region. "It's no longer about attracting FDI - which continues to be very important - but also to be able to position Singapore as a platform to engage the region, which means our people need to get out of Singapore. Be enterprising, and venture out. "If we succeed, then you will find more jobs that are exciting and different from today."
at August 31, 2019