Earlier this year, it was revealed that The Princess Diaries 3 might be happening, and fans of the movie were happy about it and excited go back to the fictional land of Genovia. For now, here's everything we know so far about the potential third installment - including the possible release date, cast, plot, spoilers, as well as other details. Right now, details about The Princess Diaries 3 are scarce. But, Anne Hathaway, who plays the role of Mia Thermopolis, revealed she's open about the possibility of continuing her character's story as an adult and still ruling Genovia with her grandmother Queen Clarisse Renaldi (portrays by Julie Andrews) at her side. 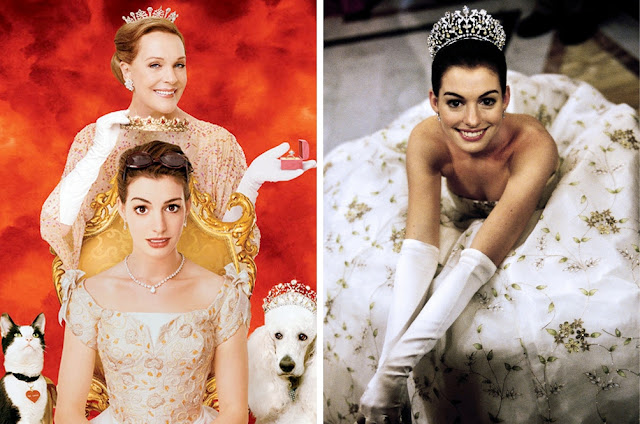 Hathaway also said the third movie already has a script and added that she wants to do it, Andrews also wants to do it, and their producer Debra Martin Chase wants to do it as well. But since the film is on its early planning, it's hard to predict when will be the official release date of The Princess Diaries 3, so everything is still up in the air. Aside from Hathaway and Andrews, other cast members of the film were also open to doing the installment once again. In a previous report via People Magazine, Mandy Moore revealed she's willing to reprise her role as Lana Thomas. In 2016, Chris Pine also said he's open to returning as Nicholas Devereaux in the third movie.

When it comes to new characters, nothing is confirmed yet - considering that production hasn't started. But, one person is willing to make an appearance in the potential The Princess Diaries 3 - and revealed she originally auditioned in the movie. Christy Carlson Romano reportedly planned to audition for the film, but couldn't make it since she's working on Even Stevens. So, is there a possibility she'll be appearing in the third movie? That remains a question, but if ever, the actress might be cast as one of the long lost cousins of Mia. As for the plot, Hathaway and Chase didn't reveal what would be the story of The Princess Diaries 3. According to a report from Entertainment Weekly, series writer Meg Cabot she's not allowed to talk about the plot. Even though she would love to sit and talk about it, Cabot insisted she's not allowed to reveal details about the potential story of the movie. But, the late director Garry Marshall revealed before what would be the possible script of the third movie. He said back then that they wanted to do The Princess Diaries 3 in Manhattan.