The world is about to be oversaturated with subscription streaming services, and Plex wants to be the platform that helps people keep track of everything. The company’s platform has developed a reputation for being a one-stop piracy shop, and now it’s working on offering users the ability to buy video subscription services in the first half of 2020, according to Variety. The move will also see Plex launch an ad-supported streaming service of its own using content from other networks and studios, and it will give people the ability to buy VOD titles. Plex isn’t trying to replace Netflix, nor will it likely carry Netflix Originals, according to CEO Keith Valory. Partnering with companies like Warner Bros., however, that will start to make part of its movie catalog available through Plex, is an entry point. Executives think that Plex’s streaming service will carry “75-85 percent of the content you care about,” according to Valory. It’s unclear just how much of Warner Bros.’ catalog will be available via Plex. The company isn’t trying to fight in the streaming wars, though. Apple, NBCUniversal, Disney, and, yes, WarnerMedia are all preparing to launch their own streaming services in the coming months to compete with Netflix and Amazon. Most companies have ordered a number of original series from high-profile creators or have spent hundreds of millions of dollars on securing the streaming rights to mega-hits like Friends and The Office. Plex is essentially looking to collect all of the streaming services and put them in one place, while also offering small bites of each service’s offerings. 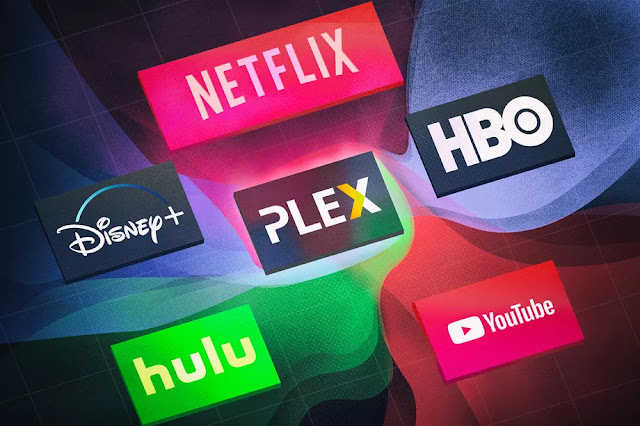 “You shouldn’t have to go to a lot of different apps to get the content to care about,” said Valory told Variety. Plex offers an interesting option to some of the aforementioned streaming competitors. The company has 20 million registered accounts. Teasing people who use Plex with a taste of what WarnerMedia’s HBO Max has is one way to possibly build its own subscriber base. Being able to purchase a subscription through Plex instead of having to leave the app entirely also streamlines the process. It’s unclear how many companies are willing to work with Plex on the service. Netflix is unlikely to, as Variety points out. Companies like Apple, Amazon, and Disney may not want to either. Valory didn’t tell Variety whether other networks and studios were in talks with Plex, but executives at the company said they are considering adding bundle packages for streaming services next year. Plex currently offers a bundle with Tidal’s $20 streaming package for its premium subscribers. The goal is to add other services, like HBO Max, once those platforms launch. Trying to wrangle multiple streaming services and offer them individually to users is an ambitious but ultimately difficult goal. Apple TV currently offers people a collection of individual channels they can subscribe to, but major players aren’t on that list. Hulu, Netflix, and Disney apps aren’t available, and it’s unclear whether Plex executives can convince them to join its platform when Apple can’t — especially considering Apple has a substantially larger customer base. Plex may be able to offer a number of shows, movies, and some streaming services, but whether they’re subscription services people want is the big question. Not to mention that many people might see Plex as a place to watch pirated content, with friends eagerly sharing their servers through group chats. But executives argue that’s not what the majority of its users do. The company has also talked about this with major Hollywood studios. Those conversations might help bring in companies like Disney that could be worried about being associated with an app is notorious for illegal sharing.
at August 30, 2019