For two years now, no word has heard yet from Disney about the supposed Pirates of The Caribbean 6 film. Although there were reports about its preparations and plans in previous months, these were just mere speculations. The truth is: the future of the franchise is still unknown. But one thing has remained constant about the possible upcoming film, the possibility of having no Jack Sparrow in it is at an all-time high.
Johnny Depp's life battles, specifically with former partner, Amber Heard, have been very brutal, especially for him. With all of the abuse allegations and court cases, it all affected his career in the industry.
After Pirates of The Caribbean: Dead Men Tell No Tales arrival on theater in 2017, the future for both of the film and its main actor has become quite hazy. And Depp's troubles have become a huge factor to it. But, in light of the recent developments of his case, namely, his revelations about Amber Heard's abusive treatment during their relationship, rather than of the latter's accusations, things have become more complicated.
And it seemingly appears that Disney wants no part of it. Earlier this year, Consequence of Sound has claimed that the platform will push Pirates of The Caribbean 6 through without Johnny Depp. And instead of having a continuity of the film series, the upcoming movie will be a reboot of the franchise. Quite obviously, this has caused a huge commotion among the fans. And based on reception, the fandom did not like the idea. 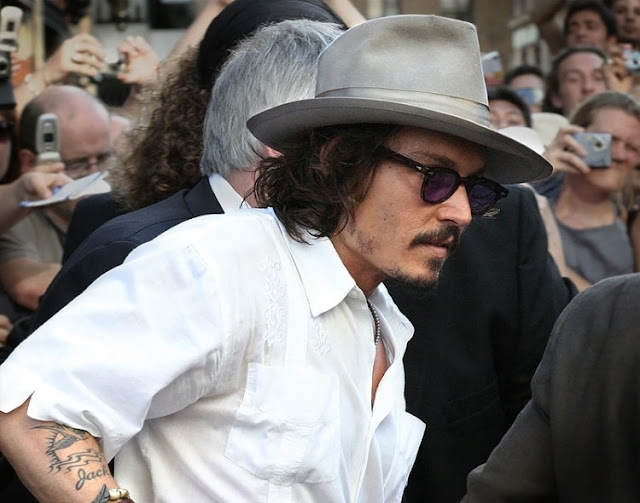 Weeks after the release of the reports, these supposed plans were put to bed as Disney is reported to no longer continue with the reboot. But even so, it has been clear that Johnny Depp will still be a no-show if Pirates of The Caribbean 6 pushes through.
As per Cinema Blend, Johnny Depp's recent revelations about his truths about the controversy, along with the other celebrities' defense on his part, have caused many fans to decide that it will not be right if the franchise continues without the actor. This is why several petitions were made to support his return if ever the film chooses to continue. So far, there are already 20,000 signatures. However, little has been shared about the matter, especially regarding the sixth installment to the franchise. Accordingly, it might take a little while before everyone could get in the loop and learn more about the future of Pirates of The Caribbean 6.
at August 17, 2019

Email ThisBlogThis!Share to TwitterShare to FacebookShare to Pinterest
Labels: Johnny Depp, movies, pirates of the caribbean 6