'Outlander' Season 5 Adds Twins To Cast And Returns To Scotland

The Fraser family is expanding in Outlander season 5 with the casting of twin boys Matthew and Andrew. Their Scotland-based agency, KR Management, confirmed the addition, but does this mean that the show will also be returning to the motherland?
In a Facebook post, KR Management congratulated the three-year-old boys for nabbing roles on Outlander season 5. Speculations are that the boys will take turns playing Jeremy, the son of Brianna (played by Sophie Skelton) and Roger (played by Richard Rankin), who was born at the end of Outlander season 4.
This suggested that Outlander season 5 will have a slight time jump. Further sealing this fact was the twin boys' father who posted on social media to caution his babies to behave on the set especially when "Grandma Claire" (played by Caitriona Balfe) is around.
However, some of the fans think that the boys might play the role of the son of Fergus (played by Romann Berrux), Germain, as they are closer to the character's age while others think that the twins might be playing Josiah and Keziah Beardsley from the book source that Outlander season 5 will be based on. 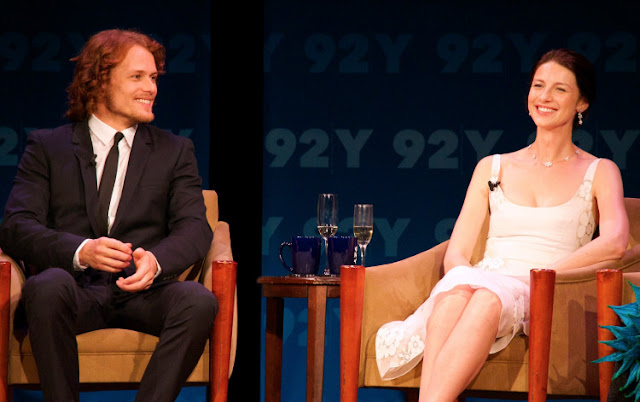 Apart from the twins, Outlander season 5 has also cast Mark Barrett. His character remains a mystery to the fans but based on his appearance; he could pass off as Buck Mackenzie, the son of Douglas and Geillis. Meanwhile, the show's Gaelic consultant Àdhamh Ó Broin has returned on the set of Outlander season 5, and it has raised some questions about next season's location.
For the last year, Outlander has been set in North Carolina, but what could be the reason for Broin's return if not for the storyline to return to Scotland as well? There are also tweets from the production of Outlander season 5 suggesting that they will be filming in Lallybroch, the home of Jamie Fraser in Scotland.
Does this mean that Jenny (played by Laura Donnelly) will also be in the upcoming season? Meanwhile, STARZ has confirmed that Outlander season 5 won't be back until the spring of 2020, which has bummed fans because of the long wait in between seasons. The good news, however, is that the current production will also include season 6, which means that fans of the show might get back to back season releases by next year.
at August 17, 2019