Head to the clinic’s website and you’ll find a slideshow of images meant to make you feel welcome — a smiling woman in scrubs with a stethoscope around her neck, a diverse group of young people perhaps planning for their future, a college-aged patient in a flannel shirt looking anxious but hopeful. In a linked video, a young woman with a tear-stained face gazes at the camera as a warm female voice reassures her: “Sex, fertility, pregnancy, questions about your body? Those are the things we’re here to help you with.” “We’re here to listen to you,” the voice goes on. “To take every breath with you. Because your health matters to us.” The young woman takes a deep breath. She smiles in relief. This is the public face of Obria, a network of facilities in California and other states that purport to offer reproductive health care. Earlier this year, Obria received a $1.7 million federal grant through Title X, a program aimed at providing family planning services to underserved Americans. The program was designed, in part, to help people get affordable contraception like birth control pills and IUDs. But critics say Obria clinics don’t actually provide those things. 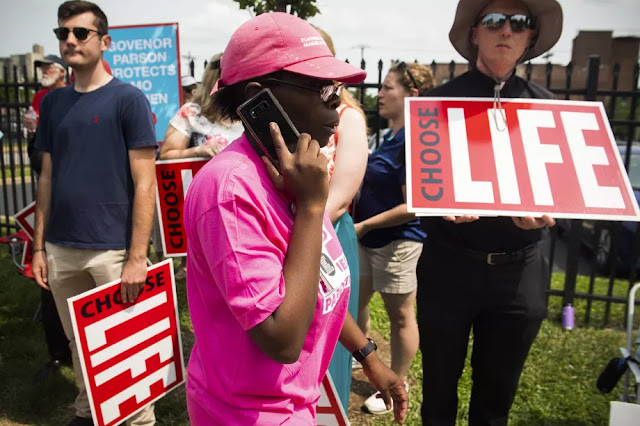 Instead, the group encourages “natural family planning,” a method of birth control that relies on tracking the monthly menstrual cycle and is generally less effective than hormonal contraception. Obria is run by an anti-abortion activist and has long been positioning itself as an anti-abortion competitor to Planned Parenthood. But instead of taking an explicitly religious or ideological tone, its public-facing materials seem calculated to court not just abortion opponents, but a wider millennial audience interested in “wellness” and “natural” remedies. The group positions itself as “holistic and anti-hormones,” Alice Huling, counsel for the Campaign for Accountability, an anti-corruption watchdog group that has produced a report on Obria, told Vox. “That is obviously something that has general appeal well beyond folks who have the same narrow view of reproductive rights and birth control access.” Now, thanks to the Trump administration, Obria’s influence is poised to grow. In addition to awarding the group a grant, the administration earlier this year gave Planned Parenthood and other reproductive health care providers an ultimatum: stop performing and referring for abortions, or give up Title X funding. Planned Parenthood decided to exit the Title X program, and now Obria is closer than ever to its goal of supplanting the group in the hearts and minds of Americans — and in the federal budget. For Obria, that means “transforming health care with a compassionate and holistic mindset.” But for reproductive-health groups and other critics, it means that patients around the country are going to get advice that’s not backed up by science, and may have more unintended pregnancies as a result.
at August 30, 2019