There are a lot of speculations surrounding NCIS Season 17 now that Ziva (Cote de Pablo) returns. There are theories Ziva comes back to replace Gibbs (Mark Harmon), while Michael Weatherly hints possible return to reunite with Ziva.
In a video, via CarterMatt, Weatherly seems to be recording a message with a fan, asking if they will watch Ziva's return on the premiere episode.
After that, he questions himself if he will also be returning to the new season. The 51-year-old star then hushes before he says that he cannot talk about it.
By the looks of it, Michael is only trying to be playful about Ziva's return, making the hype stronger. Fans have been clamoring for a Tony/Ziva reunion so that he may be only toying about the idea. However, there is no evidence to support the claim. But, there was no evidence about Ziva's return to the previous season either, and everything came as a surprise.
The showrunners had been sneaky about the big finale reveal by making Pablo went to the set secretly like a ninja. Ziva will reportedly appear in only one NCIS Season 17 episode, which will be the premiere. 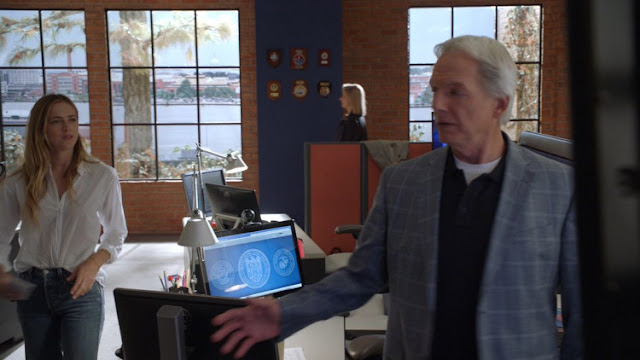 However, producers may find a way to make the much-awaited Ziva/Tony reunion to give this couple's followers the closure that they have been asking for. Meanwhile, fan-made theories suggest that Ziva only returns to replace Gibbs.
According to Express, there has been an undying rumor about Harmon's exit. Thus, the show's followers think Ziva is going to be the one that will replace the special agent. The long-standing rumor may happen, and Gibbs may depart from the show. A Redditor claimed Gibbs is now old, and the only what that the series could continue is if Ziva takes his place to lead the team.
User sparkplug_23 suggested NCIS Season 17 writers could write that Ziva went missing for her child's protection, and Tony helped her in hiding. But as Ziva is only confirmed to be seen in one episode, everything remained to be seen.
Fans believe there is a bigger role waiting for Ziva's return after being gone for almost six seasons. She was last seen on NCIS Season 11.
There are reports Harmon only signed up for one more season at the moment. Hence, he could leave after NCIS Season 17 if he wanted to. But as the 67-year-old star has renewed his contract too many times throughout the show's history, he could once again sign up after the upcoming season's end. NCIS Season 17 is set to be out on Tuesday, Sept. 24, on CBS.
at August 17, 2019