The most previous episodes of MasterChef Season 10 has shown the fans who have what it takes to be the grand winner of the season. With the increasingly challenging tasks, the cooks are now facing more struggles and stressful moments to present their best dishes. In the Mind Blowing Food episode of the current season, Grant Achatz was impressed with Dorian, Bri, and Nick's creative and stunning courses. But in the end, Nick was named as the winner of the challenge. Aside from winning a dinner for two at Grant Achatz popular restaurant, Alinea, Nick also obtained the immunity for the next episode's elimination round. Accordingly, only eight of the contestants participated and contended for the Pigging Out episode. MasterChef Season 10 Episode 19 titled, Pigging Out, a special guest was introduced. Quite amazed and surprised, Marley came out with Gordon Ramsay. But instead of the cook's thoughts of welcoming a renowned chef, they've welcomed Marley, the Pig. Interestingly, everyone already knew that the elimination challenge will focus on pork, hence Marley's appearance. But while the cooks thought they would need to cut Marley, Gordon reassures them that they will not. Instead, MasterChef Season 10 judge, Chef Aarón Sanchez, told them that they'll be doing Chorizo Sausages. 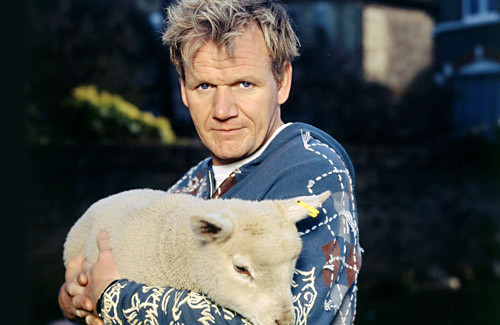 According to Celebrity Dirty Laundry, Chef Aarón taught the cooks his best sausages as he is quite known for it. Afterward, the cooks were tasked to create their own version of sausages with the dish they think would complement their self-made sausage. The episode went on to show how the three judges "helped" and checked the cook's preparations. And from this moment, it seems that the fans already knew who will be placed at the bottom rankings for the week. Once the time was up, the three judges asked the eight cooks to present their dishes. And among all the presentations, Micah and Noah seemed to have impressed everyone, especially Gordon, Aarón, and Joe. But when Jamie presented his dish, the judges of MasterChef Season 10 seemed to be displeased with what they saw and tasted. When the challenge was all and done, Gordon called the cooks back. And instead of calling out the bottom placers, he asked for the cooks who think they've failed the challenge. Jamie stepped up alone as he knew his dish was the worst. Immediately after coming forward, Gordon sent him home and no other cooks were identified at the bottom spot. MasterChef Season 10 Episode 20 titled, One Pan Wonder, will premiere on August 21, on Fox.
at August 17, 2019