Formula One world championship leader Lewis Hamilton smashed his Mercedes into a barrier in final practice for the Belgian Grand Prix on Saturday (Aug 31) in a session topped by Ferrari's Charles Leclerc. Leclerc posted a best 1 minute 44.206 seconds around the iconic 7.004 km of the Spa-Francorchamps circuit with teammate Sebastian Vettel around 45 hundredths of a second back. Ferrari led both sessions on Friday and will be in confident mood going into qualifying later Saturday despite not having won this season. Their last victory was from Vettel a year ago in Belgium. Mercedes have struggled so far in Spa and now face a battle just to repair Hamilton's car in time for qualifying. Hamilton ended the session seventh having caused a red flag by losing his car entering the Fagnes chicane and hitting the barriers at high speed. 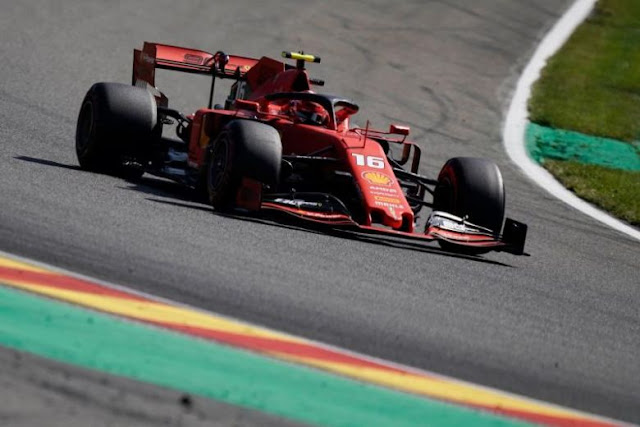 "I'm in the wall, guys. Sorry," he told his garage over team radio. Lewis Hamilton ended the session seventh having caused a red flag by losing his car entering the Fagnes chicane and hitting the barriers at high speed. It was a rare mistake from the five-time world champion who left the car unaided and did not need to attend the medical centre for checks. Hamilton leads the drivers' championship by 62 points from teammate Valtteri Bottas going into Sunday's race, the first after the mid-season break. He has not made a smooth return having endured a difficult Friday when a throttle pedal problem hampered his early runs. Mercedes were well off the single lap pace set by Ferrari though they looked better in long run simulations. Bottas was third in final practice, just under half a second off Leclerc, while Daniel Ricciardo was fourth for Renault and Red Bull's Max Verstappen fifth. Sergio Perez, a day after extending his Racing Point contract to 2022, was sixth. Unlock all Premium articles and discover exclusive stories, in-depth analysis, award-winning multimedia content and more. Cancel anytime.
at August 31, 2019