In this post, we are going to talk about Hytale RPG release date and updates. It would seem like a new name for gaming enthusiasts, but the company behind the game is not new. Hence, they should be expecting a nail-biting experience packed with amazing graphics and a lot of action and strategic planning. Hytale is going to be a game which will be getting an amazing response for sure; whether it will be good or not, people will surely purchase to see what the game has to offer.
So, for those who do not know, the game is being created by Hypixel Studios, which is a familiar name to many. Yes, it is arguably the best server for Minecraft, and Minecraft fans would know a lot about the company. Hypixel has been one of the most popular community servers for Minecraft, and now they are going to use their skills in a new, fresh, and original game.
Now coming to the gameplay, then it is expected that the game will be similar to Minecraft, but a little bit different and player friendly. The makers are saying that the game would have three main pillars, or three main modes to play the game. The first will be Adventure mode where players can play in the way they want in a story. The game will also be equipped with mini-games, which will be updated by the makers and there will be options for developers to create more games, and they will be provided with the highest flexibility and control.
After talking about the gameplay and the main aspects of the game, you might be asking for a release date. Well, there is nothing specific known about the release date of the game, except the official announcement of the game and the information about the build and investors.
But we can expect that the game might be in its last phases because the publishers have provided a lot of information about the gameplay. Therefore, it would not be pointless to expect the game by the end of this year. Also, there are rumors that the beta version will be available by June 2019. Unfortunately, It is not known whether it will be free-to-play or it will cost the gamers to purchase it. But we do know that the game will be available for Mac and Windows users, and Linux servers will also be supported. 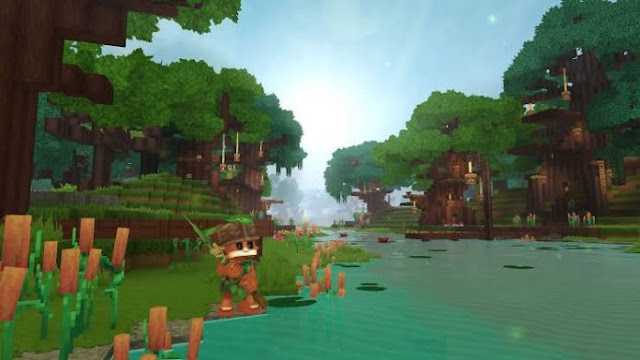 Updated on 15 April 2019:
Hypixel Studios has not provided anything new, although it has been roughly four months since we heard the announcement about the game. It is unexpected, but I believe that Hypixel Studios would be busy in finishing up all the work related to the game, so that they can quickly release the game. However, there is no solid news on beta release, which was anticipated to be in July 2019. The registrations started in February, but no details have been provided as of now. Take a look at the trailer which they provided while announcing the game!
The game will be produced for PC and Mac, although Hypixel studios showed interest to develop for other platforms too. The game is still under wraps, but we might hear more details anytime soon.
at August 10, 2019