Fracking may be a bigger climate problem than we thought

As greenhouse gases go, methane gets less attention than carbon dioxide, but it is a key contributor to climate change. Methane doesn’t stay in the atmosphere as long as CO2 and is reabsorbed into terrestrial cycles via chemical reactions within 12 years or so. But while it’s up there, it’s much more potent, trapping heat at roughly 84 times the rate of CO2. Scientists estimate that around 25 percent of current global warming traces to methane. When it comes to reducing CO2 emissions, the chain between cause and effect is frustratingly long and diffuse. Reduced emissions today won’t show up as reduced climate impacts for decades. But with methane, the chain of causation is much shorter and simpler. Reduced emissions have an almost immediate climate impact. It’s a short-term climate lever, and if the countries of the world are going to hold rising temperatures to the United Nations’ target of “well below” 2 degrees Celsius above the preindustrial baseline, they’re going to need all the short-term climate levers they can get. In the real world, though, the news about methane is bad and getting worse. It turns out that a mysterious recent spike in global methane levels that’s putting climate targets at risk may be coming from US oil and gas fracking. If that’s true, it’s bad news, because there’s lots more shale gas development in the pipeline and the Trump administration is expected to release a proposed rule Thursday rolling back regulations on the industry, per the New York Times. The mysterious spike in atmospheric methane may lead to America’s doorstep Global methane emissions rose steeply in the last decades of the 20th century and then leveled off. But around 2006, they started heading up again. 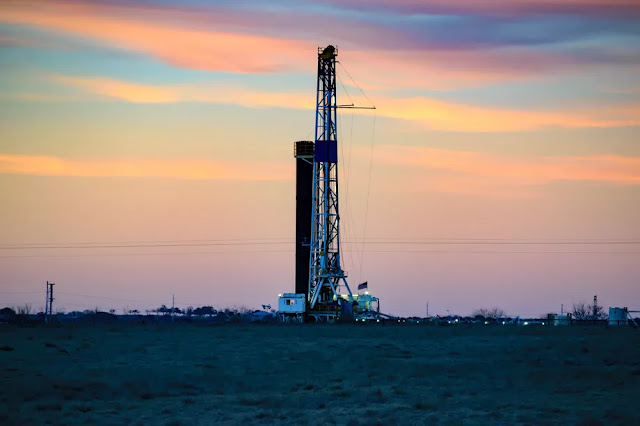 Why? What was the source? Scientists were baffled. (Jonathan Mingle wrote a great story for Undark on scientists’ search for answers.) There are two broad sources of methane emissions: biogenic (plant and animal-based) and fossil fuel production. The former is mainly about agriculture (cow burps, pig poop, rotting organic waste) and tropical wetlands. As for the latter, methane is leaked or deliberately “flared” (burned off) at virtually every stage of fossil fuel production and transport, a problem that is notoriously bad for fracked shale gas and tight oil. A few studies, including a major one in the journal Science in 2016, largely traced the recent spike in methane to biogenic sources, mainly because recent atmospheric methane has been “lighter,” depleted of its heavier carbon stable isotope (13C). Generally speaking, fossil fuel production produces heavier methane and biogenic sources produce lighter methane, so researchers have taken the trend as an indication that the recent spike is mostly biogenic in origin. But it was a perplexing finding, one that the Science authors characterized as “unexpected, given the recent boom in unconventional gas production and reported resurgence in coal mining and the Asian economy.” If you see a big boom in fossil fuel production happening alongside a big spike in methane, you might expect to find the two connected. In a new paper released in Biogeosciences, Robert Howarth of Cornell University has proposed a solution to the riddle. Howarth is a familiar name to those who have followed methane debates over the years. He and colleagues at Cornell have been arguing for years that natural gas methane emissions are much higher than the government estimates or the industry admits, high enough to wipe out its supposed climate advantage over coal. That is a controversial position, to say the least. (Estimates of methane leakage vary widely, but Howarth’s is at the very top end.) In his latest paper, Howarth is making a different point, springing from two facts he says previous studies have overlooked. First, 63 percent of the total increase in global natural gas production in the 21st century has come from shale gas. And second, shale gas production using modern hydrofracturing techniques tends to produce lighter methane than conventional natural gas drilling. Howarth finds that if the lighter methane of shale gas production is explicitly accounted for, “shale-gas production in North America over the past decade may have contributed more than half of all of the increased [methane] emissions from fossil fuels globally and approximately one-third of the total increased emissions from all sources globally over the past decade.” Since 89 percent of the shale gas production comes from the US (Canada produced the rest), that’s a whole lot of accelerated global warming tracing right back to America’s front door. It is worth emphasizing that this is only one paper in a very active field of research, from a controversial source, and it is sure to be debated and contested in coming years. But if it is right, or even only half right, it is bad news.
at August 30, 2019